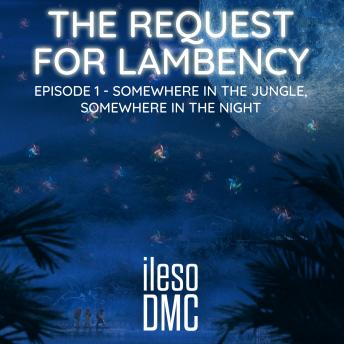 Final requests before death have turned into a commercial - and threatening - frenzy.

What if you got to take one thing with you when you died - and corporations and governments all wanted in on what you request? Moments that were once considered private and sacred are intruded upon like paparazzi on celebrities.

When teenage Powa uploads on social media a partial video of her best friend's final request and the strange things that followed, she has no idea what she has triggered. Almost overnight, new businesses and services are created to capture this significant moment after death. Religions all over the world are forced to grapple with what this might mean - that their god is allowing one object to be taken into the afterlife? Social media erupts with new apps to track request videos as the global public becomes addicted to them.

Meanwhile, Powa is trying to avoid the people who insist on seeing the rest of that video. What is she hiding? She leaves summer school to escape pursuers from an aggressive corporation. To make matters worse, a government agency assigned to authenticate all request videos is demanding to view the entire thing.

Unable to determine friend from foe, she confides in a classmate. That leads to a journey to San Diego’s Comic-Con with him and his unusual friends. Along the way, they learn of the cruel measures companies are willing to take to get their devices be the objects of ‘the requests.’ They soon discover that finding a solution is going to be more difficult than anticipated. Only one corporation seems to be the exception to this rule of greed and insanity. They believe the final piece to the puzzle lies with Powa, though she is convinced other celestial forces are at play.

Enhanced with music and sound effects, the first episode of this YA sci-fi opens up a world of questions and motives - which side will you be on - and what happens when we get to have what we never thought possible? You can't take it with you - or can you?