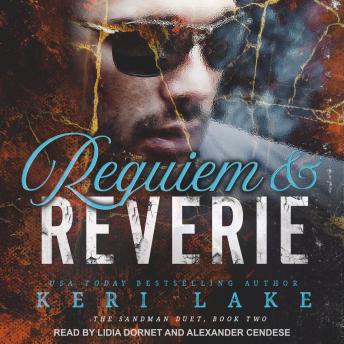 It takes a killer to catch a killer.

And no one understands the motives of ruthless murderer, The Sandman, quite like Rhett Voss.

Having spent his childhood in the shadows of the deranged lunatic, he's become an expert on the topic. Killing is in his blood, and as a hitman for hire, Voss maintains a steady diet of carnage, himself. Except lately, it's lost its appeal. Until he's enticed to track down the clever Sandman who has his sights set on Nola Tensley.

The stunning single mom is a distraction Voss can't afford, but to catch his elusive kin, he needs to watch the next victim closely. Consequently, stalking her soon becomes a dangerous obsession, turning a friendly game of cat and mouse into more than he bargained for, when someone close to Nola goes missing.

Suddenly, it's no longer an old vendetta fueling Voss's need to hunt down his enemy, but new stakes that are sure to mean more bloodshed. Voss knows better than anyone, though: to draw a killer out of hiding, one must have the right bait.

And both of them want Nola.