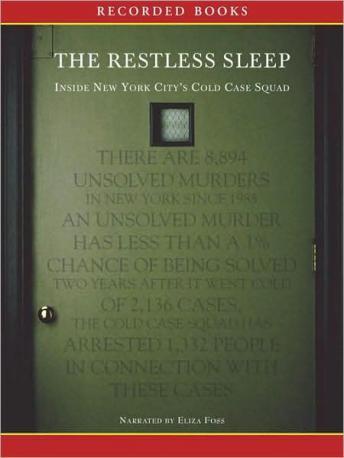 Journalist Stacy Horn is a contributor to NPR's All Things Considered program. In her enticing narrative The Restless Sleep, she sheds light on the dark world of the NYPD's real-life Cold Case Squad-a special command of detectives who take on the homicide cases that remain unsolved after their initial period of investigation. Those who comprise its ranks are often characterized as misfits and lone wolves-but brilliant ones, to be sure. Here, their fascinating and deeply troubling stories of cases closed-and others that remain open-are conveyed in chilling detail.