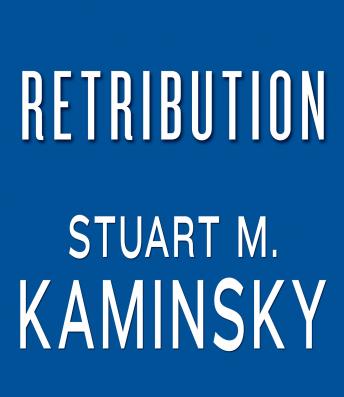 Stuart M. Kaminsky, the veteran author of more than forty novels and the creator of such wonderful characters as Abe Lieberman, Toby Peters, and Inpsector Rostnikov, has created a new PI: Lew Fonesca, a world-weary guy who got in a car and just started driving after his wife died and wound up in front of a Dairy Queen in Sarasota, Florida.

He now makes his way amid bail jumpers and lost wives, people who want to be found and those who will do anything to stay under their rock. He spends his days solving cases both big and small and trying to get by, while attempting to figure out how to make the rest of his life make sense.

Retribution not only picks up where the first novel in the series, Vengeance, left off, but raises the bar big-time. Lew has solved his share of cases, and most of them-to his pride-have wound up having happy endings; in Vengeance, he saved a young runaway who has had a childhood nobody should ever have, and she finally seems to be turning her life around. But when she becomes involved with a reclusive best-selling author and several valuable manuscripts disappear, Lew knows that young Melanie is in way over her head. And if he doesn't act fast, not only could a few reputations get tarnished--the bodies might start piling up.