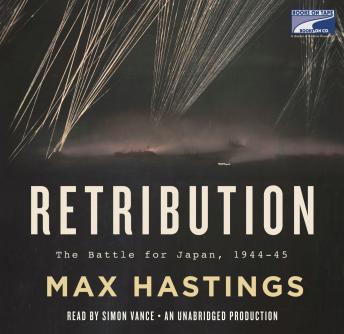 In his critically acclaimed Armageddon, Hastings detailed the last twelve months of the struggle for Germany. Here, in what can be considered a companion volume, he covers the horrific story of the war against Japan.

By the summer of 1944 it was clear that Japan’s defeat was inevitable, but how the drive to victory would be achieved remained to be seen. The ensuing drama–that ended in Japan’s utter devastation–was acted out across the vast stage of Asia. In recounting the saga of this time and place, Max Hastings gives us incisive portraits of the theater’s key figures–MacArthur, Nimitz, Mountbatten, Chiang Kai-shek, Mao, Roosevelt, Churchill, and Stalin. But he is equally adept in his portrayals of the ordinary soldiers and sailors–American, British, Russian, Chinese, and Japanese–caught in some of the war’s bloodiest campaigns.

With unprecedented insight, Hastings discusses Japan’s war against China, now all but forgotten in the West, MacArthur’s follies in the Philippines, the Marines at Iwo Jima and Okinawa, and the Soviet blitzkrieg in Manchuria. He analyzes the decision-making process that led to the bombing of Hiroshima and Nagasaki–which, he convincingly argues, ultimately saved lives. Finally, he delves into the Japanese wartime mind-set, which caused an otherwise civilized society to carry out atrocities that haunt the nation to this day. RETRIBUTION is a brilliant telling of an epic conflict from a master military historian at the height of his powers.