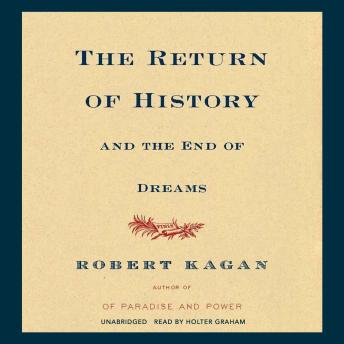 The Return of History and the End of Dreams

Post-Cold War, the world remains "unipolar," but international competition among the United States, Russia, China, Europe, Japan, India, and Iran raise new threats of regional conflict. Communism is dead, but a new contest between western liberalism and the great eastern autocracies of Russia and China has reinjected ideology into geopolitics. Radical Islamists are waging a violent struggle against the modern secular cultures and powers that, in their view, have dominated, penetrated, and polluted their Islamic world. The grand expectation that the world would enter an era of international geopolitical convergence has proven wrong. Kagan poses the most important questions facing the liberal democratic countries, challenging them to choose whether they want to shape history or let others shape it for them.

Return of History and the End of Dreams