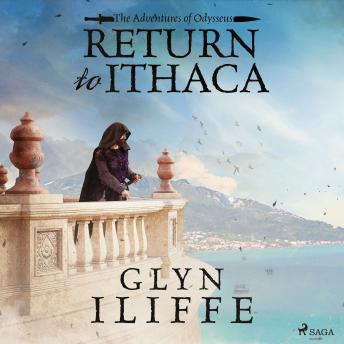 The thrilling final instalment of the epic and bestselling Adventures of Odysseus.

Odysseus has been to Hell and back. Deserted by the Gods, and now in bitter conflict with his friend Eperitus, times look bleak. He dreams of returning to his home. But back on Ithaca things look little better. His son Telemachus and wife Penelope are besieged by a gang of suitors, believing Odysseus to be dead and looking for the queen's hand in marriage.

Odysseus and Eperitus have survived everything. But now they face the last test, perhaps the most difficult of all... Can they reclaim what has been lost? For readers of David Gemmell, Christian Cameron and Simon Scarrow, Return to Ithaca is the stunning conclusion to the Adventures of Odysseus series.

-
Glyn Iliffe studied English and Classics at Reading University, where he developed a passion for the stories of ancient Greek mythology. Well travelled, Glyn has visited nearly forty countries, trekked in the Himalayas, spent six weeks hitchhiking across North America and had his collarbone broken by a bull in Pamplona. He is married with two daughters and lives in Leicestershire.