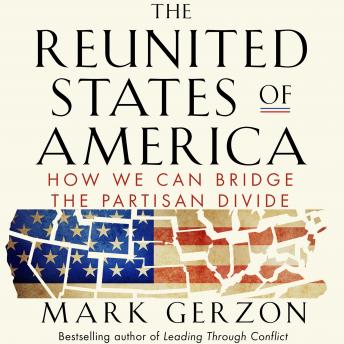 The Reunited States of America: How We Can Bridge the Partisan Divide

Out of Many, One

In this era of poisonous partisanship, The Reunited States of America is a lifesaving antidote. At a time when loyalty to party seems to be overpowering love of country, it not only explains how we can bridge the partisan divide but also tells the untold story of how our fellow citizens already are doing it.

This book, a manifesto for a movement to reunite America, will help us put a stop to the seemingly endless Left-Right fistfight while honoring the vital role of healthy political debate. Mark Gerzon describes how citizens all over the country—Republicans, Democrats, and independents—are finding common ground on some of the most divisive and difficult issues we face today.

Reunited States of America: How We Can Bridge the Partisan Divide