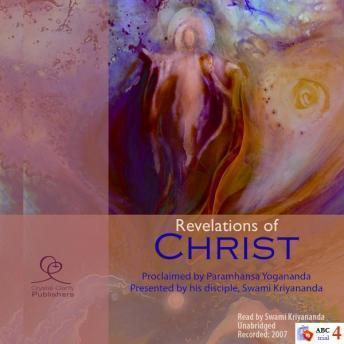 Recently, The Da Vinci Code took the fictionalization of Christianity to dizzying new heights, precipitating a spiritual crisis for millions of believers worldwide. But The Da Vinci Code is only the latest in what has become a near-constant questioning of long-cherished religious beliefs. For years, our faith has been severely shaken by a growing series of attacks, including: the breakdown of church authority, the repeated discovery of ancient texts that supposedly contradict long-held beliefs, and the sometimes outlandish historical analysis of Scripture by academics.

Together, these forces have helped create a spiritual vacuum filled with substantial confusion and uncertainty about the true teachings and meanings of Christ's life. The rising tide of alternative beliefs proves that now, more than ever, people are yearning for a clear-minded, convincing, yet uplifting understanding of the life and teachings of Jesus Christ.

This galvanizing book, presenting the teachings of Christ from the experience and perspective of Paramhansa Yogananda, one of the greatest spiritual masters of the twentieth century, finally offers the fresh perspective on Christ's teachings for which the world has been waiting. This book presents us with an opportunity to understand and apply the Scriptures in a more reliable way than any other: by studying under those saints who have communed directly, in deep ecstasy, with Christ and God.

Swami Kriyananda (J. Donald Walters) is widely considered one of the world•'s foremost experts on spiritual practice and personal development. He was recently appointed to membership in the prestigious Club of Budapest, thereby joining such world-renowned figures as the Dalai Lama, Desmond Tutu, Mikhail Gorbachev, and Jane Goodall among others. Kriyananda has in his lifetime lectured, taught, and written eighty-five books based on Yogananda's teachings that have sold over 3 million copies worldwide and have been translated into 27 languages.

Paramhansa Yogananda is the author of dozens of books including Autobiography of a Yogi, which has sold millions of copies worldwide, and is widely recognized as a spiritual classic. One of the first to bring yoga teachings to the West, he is considered one of the most influential spiritual teachers of the 20th century.