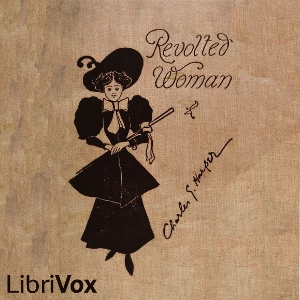 One man's opinion of woman in 1894. Charles Harper believes in the superiority of the male sex and the subordination of the female. He paints an entire gender with the same brush. He believes all women to be identical in mind (illogical) and body (knock-kneed) and vastly inferior to the male. He presents 'facts' to support his opinions:
"Woman's Mission is Submission"
"for woman has ever been the immoral sex"
"how truly like nature their tongues say 'No,' when their hearts throb 'Yes, yes!'"
"She will have to develop very greatly before she becomes the equal of man, either in mind or muscle"
"Woman is altogether different from and inferior to man: narrow-chested, wide-hipped, ill-proportioned, and endowed with a lesser quantity of brains than the male sex."
"A woman's reason is a notoriously inadequate mental process"

And these are just from the first chapter!

He belittles other men who presume to know womankind by stating that they cannot possibly know, being men themselves. Then proceeds to go on (and on, and on) presenting everything he knows about womankind. He is grievously misinformed and extremely opinionated. Today his views are woefully out of date but make for some entertaining reading.
- Summary by Bev J. Stevens