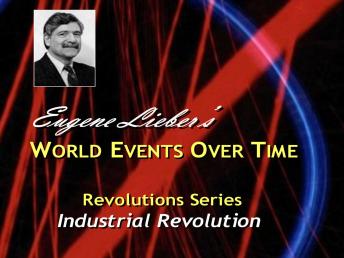 Origins. Modern Industrial Age starts in England. The change from manual labor to machines is a major revolution. The 50 year period of 1780-1830 begins the drastic transformation from the middle ages to the modern city. The aftereffects of the 14th century plague. Why the landowners turn to invest in factories. How the Enclosure Acts provides the labor force of peasants for the factories. (4.27.00) = Agricultural contribution. The motivation of peasants to leave the farm and move to the city to work in factories. The rise of agricultural capitalism which provides food to feed city workers. (10.32.00) = Capital accumulation. The motivation of wealthy land owners to risk investing in factories. The threat of industrial wealth to landed wealth in the beginning. (15.29.00) = The cities. Location near rivers as sources of transportation, power, waste disposal, and paradoxically, drinking water. (17.51.00) = The slum. Created as an integral part of the factory city (21.13.00) = Factory work. The dehumanizing daily routine and working conditions. Child labor and the fragmentation of the family. (27.43.00) = Role of religion. Often unsympathetic message and decline in church attendance. (30.01.00) = The “Unfinished Revolution.” Responses to conditions. Acceptance of new role, apathy, aspiring upward, all favored by owners. (36.09.00) = Resistance. . Rise of unions. Socialism deterred by capitalism's ability to reform. Role of writers in reforms. (41.29.00) = Women's early death. Multiple pregnancies, poor health care, and working conditions. High death rate for children. Increase in the disease of alcoholism. Abysmal conditions in factory towns where the company owns the housing and stores (45.18.00) = Expansion of industrial revolution. Science and technology of the industrial age are remarkable. Transportation of goods is crucial creating systems of canals and railroads. (47.24.00) = Laissez Faire. Rule of supply and demand with minimal government intrusion. The reality of laissez-faire in practice is open to much question.