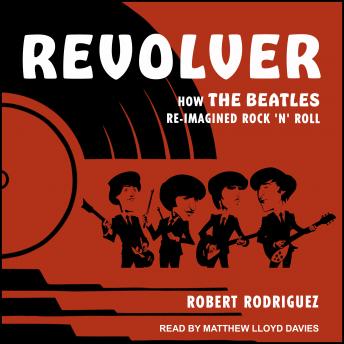 Acquired wisdom has always put Sgt. Pepper at the head of the class, but it was Revolver that truly signaled The Beatles' sea change from a functional band to a studio-based ensemble. These changes began before Rubber Soul but came to fruition on Revolver, which took an astonishing 300 hours to produce, far more than any rock record before it.

The making of Revolver-hunkered down in Abbey Road with George Martin-is in itself a great Beatles story, but would be nothing if the results weren't so impactful. More than even Sgt. Pepper and Pet Sounds, Revolver fed directly into the rock 'n' roll zeitgeist, and its influence could be heard everywhere: from the psychedelic San Francisco sound (Jefferson Airplane, Grateful Dead); to the first wave of post-blues hard rock (Sabbath, Zeppelin); through movie soundtracks and pretty much everything that followed it-including every generation of guitar-based pop music and even heavy metal. More than any record before or after, Revolver was the game-changer, and this is, finally, the detailed telling of its storied recording and enormous impact. Winner of the 2013 ARSC Award for Best Research in Recorded Rock Music: Best History.