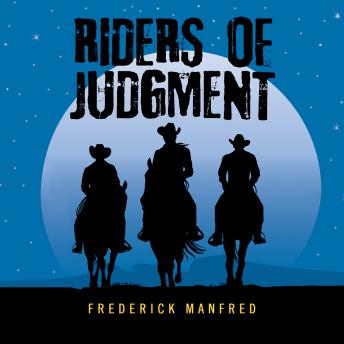 Riders of Judgment centers on the three Hammett brothers and their cousin Rosemary, whom all three love. To the oldest brother, Cain, falls the lot of avenging the murder of his father, grandfather, and brother. Cain - who is, in a sense, a cowboy Hamlet - is torn by conflicts within himself. He desires peace yet is forced to wear a gun. He is a law-abiding man by instinct yet has to take the law into his own hands. He is loved by a woman but rejects her because he feels unworthy of her love. Then one spring morning the cattle barons invade his territory, and Cain's hesitancy vanishes. One man's inner struggle becomes a fight to turn the cattle kingdom into a free country for the small stockman.