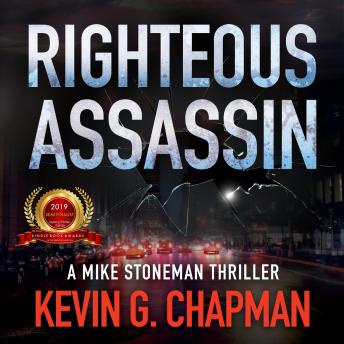 “A taut thriller that moves with lightning speed.  If you enjoyed Seven, you’re in for a treat.” -- Anna Willett, Author of Small Town Nightmare

“Kevin Chapman is the East Coast distributor of tension. Righteous Assassin eats it, drinks it and breathes it.” – Greg Prince, author of Faith and Fear in Flushing

A MOB BOSS IS EATEN ALIVE BY TIGERS AT THE BRONX ZOO. A New Jersey factory owner is mutilated and left to bleed out under a Manhattan highway. A French pharmaceutical baron is tortured and frozen to death in Little Italy. A high-society fashion designer is poisoned in her Upper East Side apartment. Four months, four unsolved murders – each carried out on the last Saturday night of the month.

The victims share no similar traits, have no connections to each other, have no common enemies, and were each killed in very different ways. NYPD Detectives Mike Stoneman and Jason Dickson pick up the trail based on the coincidental timing of the unsolved murders. Could these assassinations really be the work of a single serial killer? Why would a single killer choose such strange and disparate methods? Why spread your victims across all of New York? And most importantly, how do you track down someone with no pattern?

Each new murder adds a piece to the killer’s jigsaw puzzle. Each month is a race against the calendar. On the last Saturday of the month, there will be blood.

This title is due for release on January 20, 2020
We'll send you an email as soon as it is available!