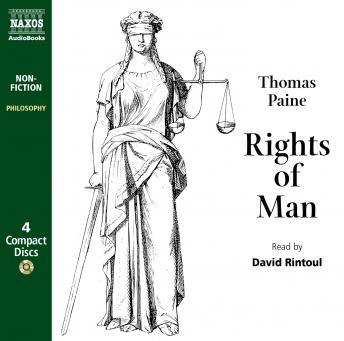 Written in 1791 as a response to Edmund Burke's Reflections on the Revolution in France, Thomas Paine's Rights of Man is a seminal work on human freedom and equality. Using the French Revolution and its ideals as an example, he demonstrates his belief that any government must put the inherent rights of its citizens above all else, especially politics. After its publication, Paine left England for France and was tried in his absence for libel against the crown. Authoritatively read by David Rintoul.