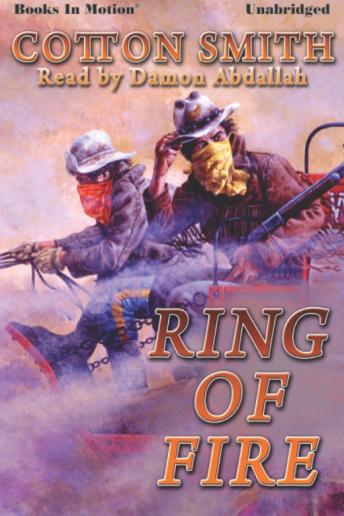 Ring was a Captain recently discharged from the Union Army after the war had come to an end. Intent on making his way home to Abilene, Kansas to be with his parents, he is confronted with danger from many sources including a town held captive and harassed by Confederate deserters. But it's not just deserters he must fight; next it's a woman with a gun, one who alters his life for good. During his travels Ring meets a mysterious gunman, a Haitian by the name of Saki who carries a gun like he knows how to use it and is intent on killing. This is a fast-paced story fraught with danger and adventures. Will this danger trail get Ring home safely or will he just be fighting another war?