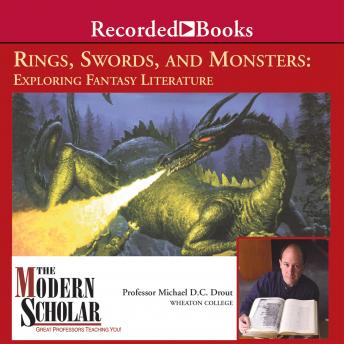 The overwhelming success of the Lord of the Rings films and the Harry Potter series aptly demonstrates that the fantasy genre is alive and well in the new millennium. The names of authors such as J.R.R. Tolkien, Ursula K. Le Guin, and Terry Brooks evoke ripe tales of heroism and the clash of good versus evil in magical, faraway lands. The rich collection of King Arthur tales have also captured the imagination of millions and resonates with audiences to the present day. Should fantasy be considered serious literature, or is it merely escapism? In this course, the roots of fantasy and the works that have defined the genre are examined. Incisive analysis and a deft assessment of what makes these works so very special provides a deeper insight into beloved works and a better understanding of why fantasy is such a pervasive force in modern culture.