The Rise of the Dawnstar 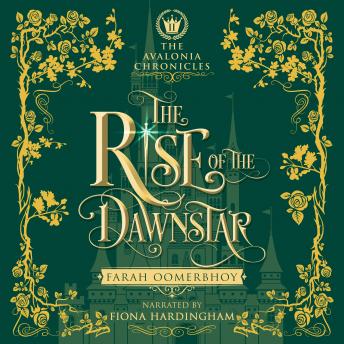 Aurora Firedrake returns in the spellbinding sequel to The Last of the Firedrakes.

The seven kingdoms of Avalonia are crumbling and evil is spreading across the land like a plague. Queen Morgana is close to finding a way to open the Book of Abraxas and it’s only a matter of time until she uses the power trapped inside its pages to enslave the entire world.

With Avalonia growing more dangerous by the day, Aurora must travel through war-torn lands and deep into the heart of the fae kingdom of Elfi. Her goal is to find a legendary weapon infused with the last of the realm’s ancient magic—the only weapon in the world powerful enough to stop the queen.

Aurora might have survived her first battle against Morgana, but the true fight to save her kingdom and restore her throne has only just begun…


'It is often hard for sequels to surpass the first installment in a series, but The Rise of the Dawnstar did that splendidly...The Rise of the Dawnstar by Farah Oomerbhoy is now my favorite installment in the series but one that left me in desperate need to read book three. With amazing characters and excellent world-building, this exciting sequel is one not to be missed!' - Melissa Robles, @thereaderandthechef Instagram creator and YA Books Central’s Instagram manager

'Best book I have read in 10 years. And that's saying something. This, was a FANTASTIC book and not only lived up to the expectations I had from the first book The Last of the Firedrakes but it surpassed it. I have not read a book that felt like a rollercoaster in such a long time. Perfect oscillation of suspense and downtime, but always the story moving forward and not stalling.' - L.M. Chilcott, author of the Eloah Series

Rise of the Dawnstar