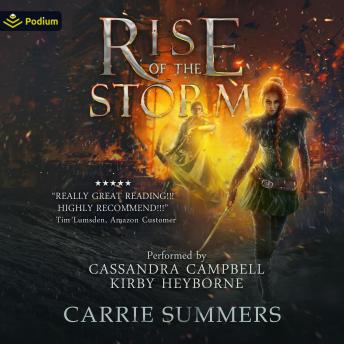 Rise of the Storm: The Broken Lands, Book 2

#2 of The Broken Lands

'Two prophecies. Two heroes. Only one can be right.


Kostan sits upon a splintering throne. Savra huddles in a makeshift cell, awaiting the judgment of those she betrayed. The land grows dark with the blood of Prov and Atal alike.


But beyond the human struggles, a graver threat looms. Aided by the rogue mage, Havialo, the Breaking strains at the bones of the Empire. As the land shatters, a dark tide rises.


Two prophecies offer slim hopes for humanity. One names Savra as the Empire's savior. The other envisions Kostan leading the war against the darkness. Both can't be right. But if the coming war decides who survives, humanity may find it has murdered its last hope.