Rising from the Shadow of the Sun: A Story of Love, Survival and Joy 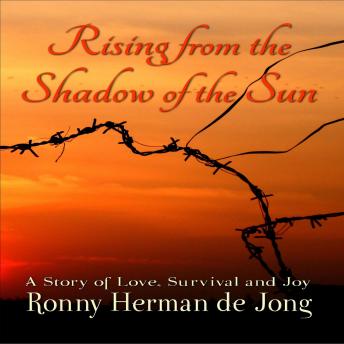 An inspiring story about the human spirit and the resiliency that can be found in families and even little girls.Elizabeth Norman, PhDThis fascinating chronicle of a Dutch mother and daughter records and agonizing, but eventually triumphant, journey from the horrors of life in a WWII Japanese prison camp in the 1940s to peace and prosperity in the United States in the 21st century.

Ed Williams, PhDRonny's strong and engaging voice brings clear understanding of the physical and psychological suffering that interned women endured during the Japanese occupation.Virginia Colangelo, MARising from the Shadow of the Sun reveals human greatness and depravity through the eyes of a little girl and her courageous mother. Ronny's life glows like a "lunar rainbow" of perseverance and hope. It's a testimony to the abiding strength of family and love.

James Williams, MATRonny's direct, matter-of-face narrative is optimistic, revealing her abiding faith that love, determination and positive willpower can overcome adversity.Ray Newton, PhDRonny Herman de Jong, born and raised in the Dutch East Indies, survived four years in Japanese concentration camps during WWII. After the war Ronny studied English at Leyden University in the Netherlands. In 1972 she moved to the USA with her husband and three children and currently resides in Arizona.

Rising from the Shadow of the Sun: A Story of Love, Survival and Joy