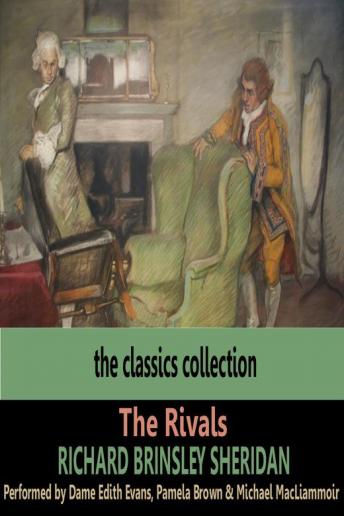 A comedy of manners in five acts, The Rivals was Sheridan's second commercially produced play. The play is set in Bath in the 18th century, a town legendary for conspicuous consumption and fashion at the time. Wealthy, fashionable people went there to 'take the waters', which were believed to have healing properties. Bath was much less exclusive than London, and provides an ideal setting for the characters. The plot centres around the two young lovers, Lydia and Jack. Lydia, who reads a lot of popular novels of the time, wants a purely romantic love affair. To court her, Jack pretends to be 'Ensign Beverley', a poor officer. Lydia is enthralled with the idea of eloping with a poor soldier in spite of her guardian, Mrs. Malaprop, a moralistic widow.

This title is due for release on January 11, 2009
We'll send you an email as soon as it is available!