A River in the Sky: A Novel 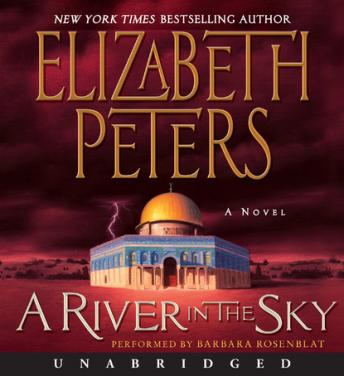 Intrepid archaeologist and superior sleuth Amelia Peabody returns in A River in the Sky. In this breathtaking new adventure, New York Times bestselling Grand Master Elizabeth Peters transports the indomitable Amelia and her family, the Emersons, from their usual milieu, early twentieth-century Egypt, to an exciting—and dangerous—new locale: Palestine! A tale full of atmosphere, intrigue, and thrills, A River in the Sky is further proof that “Peters has few rivals” (Houston Chronicle).

River in the Sky: A Novel