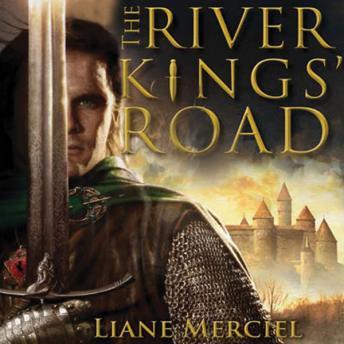 The River Kings' Road: A Novel of Ithelas

A thrilling new voice in fantasy makes an unforgettable debut with this "intriguingly twisted tale of treachery and magic" (New York Times bestselling author L. E. Modesitt, Jr.). Liane Merciel's The River Kings' Road takes us to a world of bitter enmity between kingdoms, divided loyalties between comrades, and an insidious magic that destroys everything it touches.
A fragile period of peace between the eternally warring kingdoms of Oakharn and Langmyr is shattered when a surprise massacre fueled by bloodmagic ravages the Langmyrne border village of Willowfield, killing its inhabitants-including a visiting Oakharne lord and his family-and leaving behind a scene so grisly that even the carrion eaters avoid its desecrated earth. But the dead lord's infant heir has survived the carnage-a discovery that entwines the destinies of Brys Tarnell, a mercenary who rescues the helpless and ailing babe, and a Langmyr peasant, a young mother herself, whom Brys enlists to nourish and nurture the child of her enemies as they travel a dark, perilous road.
As one infant's life hangs in the balance, so too does the fate of thousands, while deep in the forest, a Maimed Witch practices an evil bloodmagic that could doom them all.