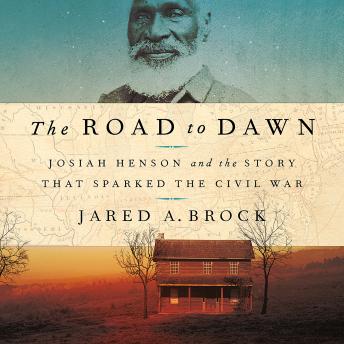 The Road to Dawn: Josiah Henson and the Story That Sparked the Civil War

Written By: Jared A. Brock

A major literary moment: after being lost to history for more than a century, The Road to Dawn uncovers the incredible story of the real-life slave who inspired Uncle Tom's Cabin.

-He rescued 118 enslaved people
-He won a medal at the first World's Fair in London
-Queen Victoria invited him to Windsor Castle
-Rutherford B. Hayes entertained him at the White House
-He helped start a freeman settlement, called Dawn, that was known as one of the final stops on the Underground Railroad
-He was immortalized in Harriet Beecher Stowe's Uncle Tom's Cabin, the novel that Abraham Lincoln jokingly blamed for sparking the Civil War

But before all this, Josiah Henson was brutally enslaved for more than forty years.

Author-filmmaker Jared A. Brock retraces Henson's 3,000+ mile journey from slavery to freedom and re-introduces the world to a forgotten figure of the Civil War era, along with his accompanying documentary narrated by Hollywood actor Danny Glover.

The Road to Dawn is a ground-breaking biography lauded by leaders at the NAACP, the Smithsonian, senators, authors, professors, the President of Mauritius, and the 21st Prime Minister of Canada, and will no doubt restore a hero of the abolitionist movement to his rightful place in history.

Road to Dawn: Josiah Henson and the Story That Sparked the Civil War

by Jared A. Brock