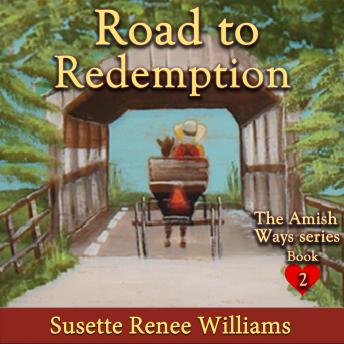 Ezekial "Zeke" Shetler spent longer on Rumspringa than most of the people he grew up with. Now that he was finally home and had joined the church, most of the women his age were married-at least the ones he may have been interested in. However, Miriam Graber was still single, probably because she has a six year old bu. Was it worth trying to rekindle a relationship with her, or will past sins be too much of an obstacle to overcome?


Zeke comes to terms with his past sins. To right his wrongs, he sets out to help Miriam and her family. Trying to help her find a job seems futile when he learns she in considered a 'bad example' because of her bu, David. Will Miriam ever be able to forgive him?


Zeke hopes he can prove he's changed his ways. If he can't mend things with Miriam, will she give him a chance to build a relationship with David?


Bishop Abram is back up to his matchmaking efforts. Miriam and Zeke may very well find the Road to Redemption.