The Road to Rome: (The Forgotten Legion Chronicles No. 3) 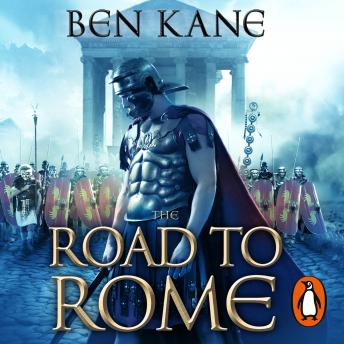 Having survived the perils of a journey across half the world, Romulus and Tarquinius are press-ganged into the legions, which are under imminent threat of annihilation by the Egyptians. Meanwhile in Rome, Romulus's twin sister Fabiola lives in fear for her life, loved by Brutus, but wooed by Marcus Antonius, his deadly enemy. Soon after, Romulus fights at Zela, the vicious battle where Caesar famously said, 'Veni, vidi, vici'. Tarquinius, separated from Romulus in the chaos of war, hides in Alexandria, searching for guidance. But mortal danger awaits them both. From the battlefields of Asia Minor and North Africa, to the lawless streets of Rome and the gladiator arena, they face death daily, until on the Ides of March, the twins are reunited and must decide either to back or to betray Caesar on his day of destiny.

Road to Rome: (The Forgotten Legion Chronicles No. 3)