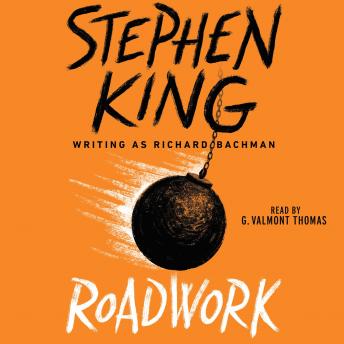 Only Stephen King, writing as Richard Bachman, can imagine the horror of a good and angry man who fights back against bureaucracy when it threatens to destroy his vitality, home, and memories. “Under any name King mesmerizes the reader” (Chicago Sun-Times).

“I listened to myself. But people talk a different language inside.'

It’s all coming to an end for Barton Dawes. The city’s Highway 784 extension is in the process of being constructed right across town and inexorably through every aspect of Bart’s existence—whether it’s about to barrel over the laundry plant where he makes a living, or soon to smash through the very home where he makes a life. But as a result, something’s been happening inside Bart’s head that a heartless local bureaucracy isn’t prepared for—a complete and irrevocable burnout of the mental circuit breaker that keeps a mild-mannered person from turning to violent means. As the wheels of progress and a demolition crew continue unabated throughout Bart’s neighborhood, he’s not about to give everything up without a fight. As a matter of fact, he’s ready and waiting to ignite an explosive confrontation with the legislative forces gathered against him....