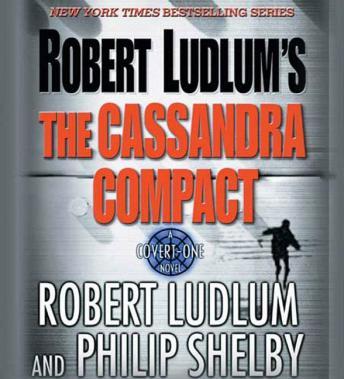 Covert-One returns in the thrilling new series from the bestselling master of international suspense
For over thirty years, Robert Ludlum has been acknowledged as the master of international suspense and intrigue. With an unbroken string of bestsellers in nearly every country around the world, his audios have been heard by tens of millions of listeners.
In 2000, Ludlum managed to raise the bar yet again with his widely acclaimed bestsellers The Prometheus Deception and Robert Ludlum's The Hades Factor, the first novel in his exciting new Covert-One series. Now Covert-One is back, in a novel that could only have come from the imagination of the world's greatest storyteller.
Lt. Colonel Jon Smith, currently working as a medical researcher, is contacted by a Russian colleague with an urgent request that they meet in Venice in ten days. When they meet, however, his colleague is killed almost instantly in a hail of automatic gunfire but not before he passes to Smith the vital intelligence-someone is out to steal Russia's store of the smallpox virus.
Completely irradiated, smallpox is the deadliest of viruses and could well cause an epidemic of unheard of proportions should it be unleashed on the population at large. Smith, with the help of his colleagues at Covert-One, must prevent the virus from being stolen. But his adversaries are several steps ahead of him and now he must find and stop the conspirators before they loose Armageddon upon the world.