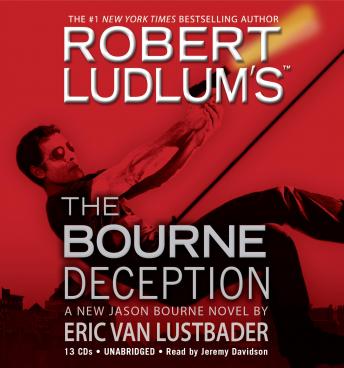 ROBERT LUDLUM was the author of twenty-one novels, each one a New York Times bestseller. There are more than 210 million of his books in print, and they have been translated into thirty-two languages. He is the author of The Scarlatti Inheritance, The Chancellor Manuscript, and the Jason Bourne series--The Bourne Identity, The Bourne Supremacy, and The Bourne Ultimatum--among others. Mr. Ludlum passed away in March, 2001.

ERIC VAN LUSTBADER is most widely known as the New York Times bestselling author of twenty international bestselling thrillers including Ninja and Black Heart. He is also the author of two successful and highly regarded series of fantasy novels, The Sunset Warrior Cycle and The Pearl Saga. His novels have been translated into over twenty languages. Lustbader was born and raised in Greenwich Village. He and his wife, Victoria, have been residents of the South Fork of Long Island for more than fifteen years.