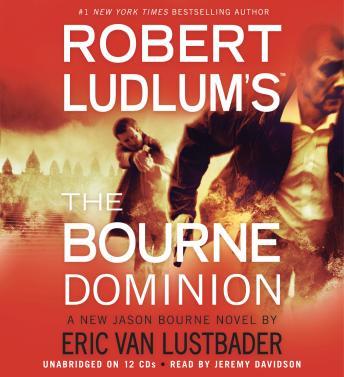 Jason Bourne is searching for an elusive cadre of terrorists planning to destroy America's most strategic natural resources-and needs the help of his longtime friend, General Boris Karpov. Karpov, the newly appointed head of Russia's most feared spy agency, FSB-2, is one of the most determined, honorable, and justice-hungry men that Bourne knows. But Karpov has made a deal with the devil. In order to remain the head of FSB-2, he must hunt down and kill Bourne.

Now, these two trusted friends are on a deadly collision course. From the Colombian highlands to Munich, Cadiz, and Damascus, the clock is counting down to a disaster that will cripple America's economic and military future. Only Bourne and Karpov have a chance to avert the catastrophe-but if they destroy each other first, that chance will be gone forever.

Jason Bourne is one of the most compelling and best loved characters created by internationally bestselling novelist Robert Ludlum. The hero of eight novels, including The Bourne Identity and The Bourne Supremacy, Bourne has also been featured in three blockbuster movies starring Matt Damon. Now, New York Times bestselling author Eric Van Lustbader presents a new story about the rogue secret agent who has lost his memory.