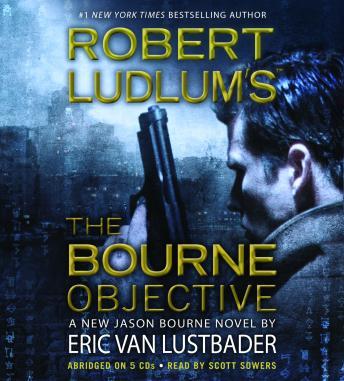 New York Times bestselling author, Eric Van Lustbader, returns with another Jason Bourne thriller as he spars off against another deadly agent--and he might be the perfect match for Bourne.
Facing down mercenaries in Africa, Jason Bourne witnesses the death of an art dealer named Tracy Atherton. Her killing dredges up snatches of Bourne's impaired memory, in particular the murder of a young woman on Bali who entrusted him with a strangely engraved ring-an artifact of such powerful significance that people have killed to obtain it. Now he's determined to find the ring's owner and purpose. But Bourne never knows what terrible acts he'll discover he committed when he digs into the past.

The trail will lead him through layers of conspiracy to a vicious Russian mercenary, Leonid Arkadin, who was also a graduate of the Central Intelligence training program Treadstone. A covert course designed to create ruthless assassins for C.I., it was shuttered by Congress for corruption. Yet before it was dismantled, it produced Bourne and Arkadin, giving them equal skills, equal force, and equal cunning.

As Bourne's destiny circles closer to Arkadin's, it becomes clear that the eventual collision of these men is not of their own making. Someone else has been watching and manipulating them. Someone who wants to know, Who is the more deadly agent?