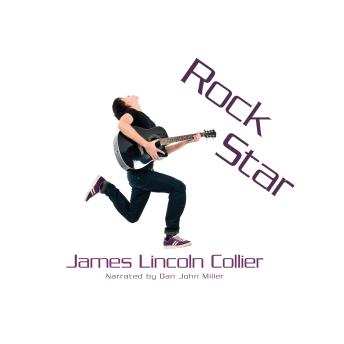 To Tim Anderson, playing the guitar is as natural-and just about as important-as breathing. He's already decided he's going to be a musician. But his father has other career plans for him-all involving college. And now, because Tim is on the verge of flunking math, he's been forbidden even to touch his guitar. It couldn't have happened at a worse time. A top record company has just announced a nationwide contest for teenage rock groups-with a recording contract as first prize. Tim is sure his group, The Silver Sunshine, has a good chance of winning. Tim's best friend, Charlie Hoving, urges him to ignore his father's orders. But Tim just can't do it. In spite of their disagreements, he basically likes and respects his father. So he obeys the ban (more or less)-until a crisis arises on the night of the contest ...

Tim realizes his only chance to make it is to leave home and go to New York City. His decision leads to some unpleasant experience with a man named Crazy, some rude shocks from the record company executive who had given him encouragement back home, and some surprising, and confusing, discoveries while playing with a new group, The Sound System. Tim's stubborn pursuit of his dream, and his initiation into the high-voltage world of rock music, make an exciting and absorbing story.