The Rogue: Searching for the Real Sarah Palin 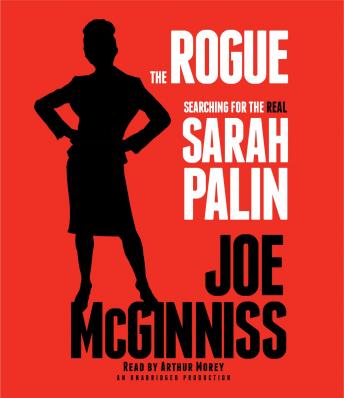 Just in time for the kickoff of the 2012 presidential campaign, Joe McGinniss, the author of the classic account of the packaging of a presidential candidate, The Selling of the President, of the acclaimed search for the essence of Alaska, Going to Extremes, and of the bestselling study of the dark family secrets of an American patriarch, Fatal Vision, presents his already controversial investigative chronicle of Sarah Palin as an individual, politician, and cultural phenomenon.

Based on McGinniss’s on-the-ground reporting that began in late 2008 (which yielded an April 2009 Conde Nast Portfolio cover story) and continued with his return to Alaska in 2010, this book is a startling and penetrating examination of the illusion and reality of Palin--and a probing look at the Alaska and the America that have produced her, and the country she feels she is destined to lead. The Rogue delves deeply into Alaska’s political and business affairs and Palin’s political, personal, and family life to chronicle how and to what extent Palin and her beliefs, attitudes, and outlook will influence and even change life in America and the perception of America abroad.