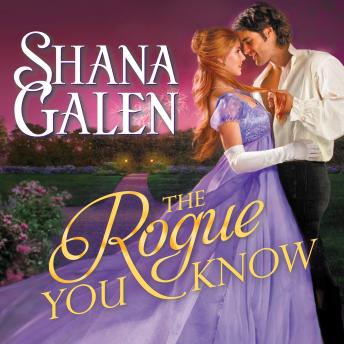 The Rogue You Know

Gideon Harrow has spent his life in London's dark underworld, and he wants out. A thief and a con, he plans one last heist to finally win his freedom. But when everything goes wrong, he finds himself at the tender mercies of one of Society's most untouchable women-Lady Susanna Derring.


Susanna has spent her life in London's glittering ton under the thumb of a domineering mother, and she wants out. When a wickedly charming rogue lands at her feet, she jumps at the chance to experience life before it's too late. But as she descends into London's underworld, she finds that nothing-not even Gideon-is as it seems. As excitement turns to danger, Susanna must decide what price she's willing to pay for the love of a reformed thief.