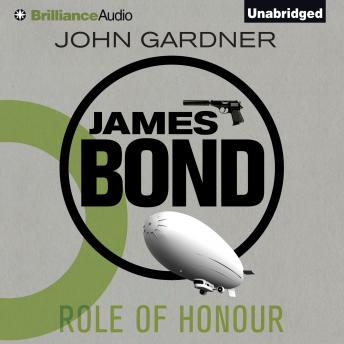 Following scandal and his shock resignation from Britain's Secret Intelligence Service James Bond becomes a gun for hire; able, and willing, to sell his lethal skills to the highest bidder. And SPECTRE, it seems, are eager to have the disgraced British super spy on their payroll.

But before he can be fully embraced by his new employer-and deadliest enemy-007 must first prove his loyalty. And in doing so he must threaten with nuclear annihilation everything he has fought his whole life to defend. Until honour is fully restored.

Gardner's stunning reinvention of Bond secured critical acclaim and blockbusting sales around the world. Role of Honour, the fourth book in the series, kept 007 at No.1.