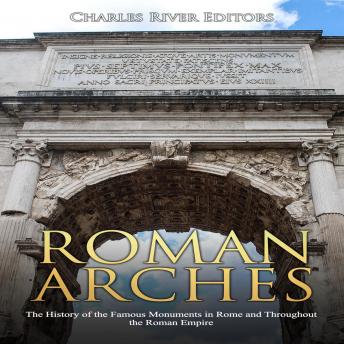 Roman Arches: The History of the Famous Monuments in Rome and Throughout the Roman Empire

Some of the most iconic symbols of the Roman Empire that have survived into the modern world today are the arches that Romans erected to commemorate military victories and glorify individual emperors. The story of how arches came to be used throughout the Roman world in such a way is one that involves the evolution of the military and its leaders into the political forces that came to dominate the state, and those arches, along with the triumphs that came to be associated with many of them, were key parts in the process of exhibiting the might of both Rome. At the same time, they were meant to mark the individual achievements of Rome’s rulers, making them an enormous and expensive PR exercise that steadily grew over the years.
Triumphal arches in Rome provided a centerpiece for triumphs that were restricted to the emperors and their immediate families after the establishment of the Roman Empire, but arches in the wider empire did not have this specific function. That said, as with those in Italy, foreign arches were strategically placed to ensure they were seen and passed through by the maximum number of people, subjecting them to scenes depicting Roman victories on a regular basis. These arches were inextricably linked to promoting Rome as the greatest of all powers, and also bound up in the policy of Romanization and assimilation of conquered territories and populations.
The building process of arches was long and protracted, but it typically served the empire well. Indeed, the success of this physical statement can perhaps be best measured by the number of similar arches erected around the world centuries after the end of the Roman Empire, including the Arc de Triomphe in Paris, the Narva Triumphal Arch in Saint Petersburg, the Wellington Arch in London, and the India Gate in Delhi.

Roman Arches: The History of the Famous Monuments in Rome and Throughout the Roman Empire