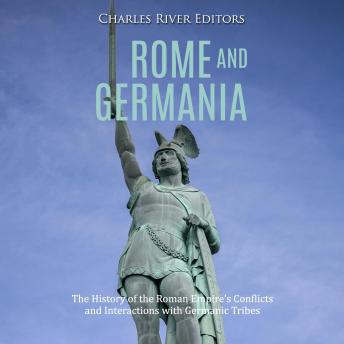 Rome and Germania: The History of the Roman Empire’s Conflicts and Interactions with Germanic Tribes

Despite all the accomplishments and widespread victories and conquests throughout the long history of Republican and Imperial Rome, general perception still deems the Romans to have failed in one crucial conquest: the subjugation of Germany. Indeed, historians have singled out this one failure as central to the ultimate downfall of the entire empire, as the constant wars against the Germanic tribes, and the need to defend the frontier on the Rhine at great expense against those tribes, helped bring the empire to its knees. There are elements of truth in such a conclusion, but the reality was far more fluid than is often realized.

From the 1st century BCE until the collapse of the Western Roman Empire in the 5th century CE, the relationships between the wider empire and those living in what is now modern Germany were extremely complicated, involving much more than simple warfare. In fact, archaeologist Are Kolberg suggested that there were four distinct aspects that must be considered: military, trade, gifts, and plunder. One could also add the political aspect to this, given the impact that German troops came to exert in the elevation of different emperors to the throne at different times.

As a Roman territory, Germania at one point included significant areas of land east of the Rhine, all the way up to the Elbe. The Romans would maintain a significant force on this eastern side until the 3rd century CE, but eventually a Frankish invasion ended that presence, and the term Germania came to refer specifically to the territory west of the Rhine, which included the two provinces of Germania Superior and Germania Inferior, or Upper and Lower Germany. Those provinces were key to the defense of the empire, so much so that Triers provided the location of one of the four seats of government near the end of Rome’s reign.

Rome and Germania: The History of the Roman Empire’s Conflicts and Interactions with Germanic Tribes

This title is due for release on January 17, 2020
We'll send you an email as soon as it is available!