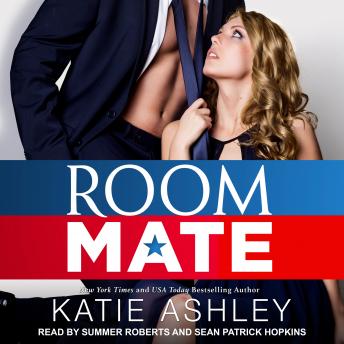 After serving in the Rifles regiment of the British Army, I focused my civilian career on becoming a bodyguard to the rich and famous. I never imagined a twist of fate landing me a position in the United States Secret Service and protecting the President's son. But then my boss made an unexpected request: leave my current placement to move in with his only daughter. I'd never lived with a woman who was off-limits to me. But the longer we're in such close quarters together, the greater the temptation grows, but I know I'll lose everything if I pursue her.

Growing up as the only girl with two overbearing older brothers, I'm no stranger to being overprotected. Just as I finished up college and prepared to truly dip my toes into the adult world, my father was elected President of the United States, which added a whole new level of protection with the Secret Service team attached to me. Just when I thought I couldn't possibly be more smothered, I began receiving threats, and my family decided it wasn't enough to just have an agent living down the hall from me. Nope, I was to have one move in with me.

While most women would enjoy living with a sexy, buff Brit, having a roommate threw a wrench into all my plans. Especially when I began noticing Ty was so much more than a hot guy-he was someone I could fall for.