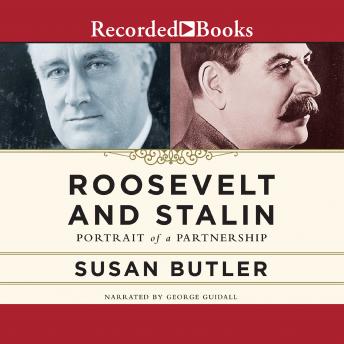 Roosevelt and Stalin: Portrait of a Partnership

Susan Butler's brilliantly readable book firmly places FDR where he belongs, as the American president engaged most directly in diplomacy and strategy, who not only had an ambitious plan for the postwar world, but had the strength, ambition and personal charm to overcome Churchill's reluctance and Stalin's suspicion to bring about what was, in effect, an American peace, and to avoid the disastrous consequences that followed the botched peace of Versailles in 1919. It is at once a long overdue tribute to FDR and his vision, and a serious work of history that reads like a novel. I would rank it next to Margaret MacMillan's Paris 1919, and casts new light on the character and war aims of Stalin, Churchill and FDR himself. Brava!

Roosevelt and Stalin: Portrait of a Partnership

This title is due for release on April 17, 2015
We'll send you an email as soon as it is available!