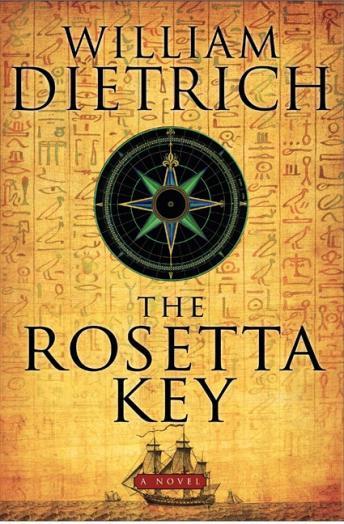 “An utterly captivating romp from the treacherous tunnels beneath Jerusalem to the lost City of Ghosts (Petra, Jordan) to the tumult of revolutionary Paris….Dietrich spins a merry magical mystery tour, winningly intricate and anchored to actual historical figures and events….Mr. Spielberg! Mr. Lucas! It’s your move.”
—Seattle Times

Dashing and courageous American adventurer Ethan Gage returns in William Dietrich’s The Rosetta Key—the thrilling sequel to the Pulitzer Prize-winning author’s acclaimed Napoleon’s Pyramids. An eighteenth century Indiana Jones, Gage swashbuckles once again, this time in pursuit of a precious Egyptian relic that would give its owner the power to rule the world. The Rosetta Key an adventure in reading that is not to be missed, especially by fans of George MacDonald Fraser’s Flashman novels and aficionados of a grand literary tradition dating back to Jack London, Robert Lewis Stevenson, and H. Rider Haggard, and carried on today by such notables as James Rollins, David Liss, Steve Berry, and Kate Mosse.