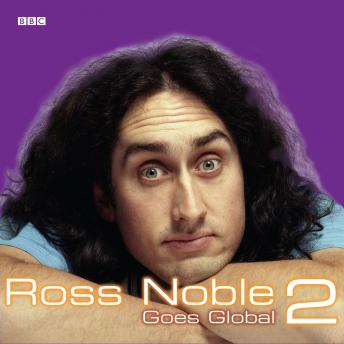 A brilliant new BBC Radio 4 series of comedy travelogues presented by award-winning stand-up and ‘Just a Minute’ regular, Ross Noble. Perrier Award nominee Ross Noble has received huge critical acclaim and become known as an exciting and original talent in the UK. Now he takes his show worldwide, to destinations as diverse as Australia, Italy, Egypt and Belgium by day and entertaining the locals with his microphone by night. In the first episode, Ross travels to Brussels... a city with a reputation a little on the dull side. But, he soon finds out that, with chocolate on every corner, a puzzling statue of an incontinent child, and the honour of being associated with the always-exciting Jean-Claude Van Damme, Brussels might be his kind of city after all...Half hilarious stand-up routines, half cultural observations, these shows are both a tempting taster of the cities he visits and a perfect opportunity to spend some time in the wacky, whimsical, fantastically funny world of Ross Noble.