Rough and Plenty: A Memorial 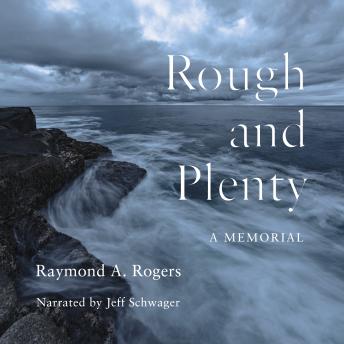 Written By: Raymond A. Rogers

As a commercial fisher in Nova Scotia in the early 1990s, Raymond Rogers experienced the collapse of Canada's East Coast fishery first-hand. Afterward, while preparing to leave the province to find work elsewhere, Rogers noticed a lone gravestone across the road from his home in Shelburne County that commemorates the life of Donald McDonald, a crofter from the Isle of Lewis in Scotland, who "departed this life" in 1881. Rogers wondered if there might be a connection between the necessity of his own departure, and McDonald's lonely presence on the nearby Atlantic shore, linking them as members of local communities that were displaced in the name of "economic progress."

In Rough and Plenty: A Memorial, Rogers explores the parallel processes of dispossession suffered by nineteenth-century Scottish crofters expelled from their ancestral lands during the Highland Clearances, and by the marginalization of coastal fishing communities in Nova Scotia. The book aims to memorialize local ways of life that were destroyed by the forces of industrial production, as well as to convey the experience of dislocation using first-hand narratives, recent and historical. The author makes the case that in a world where capital abhors all communities but itself, remembering becomes a form of advocacy that can challenge dominant structures.

Rough and Plenty: A Memorial

by Raymond A. Rogers