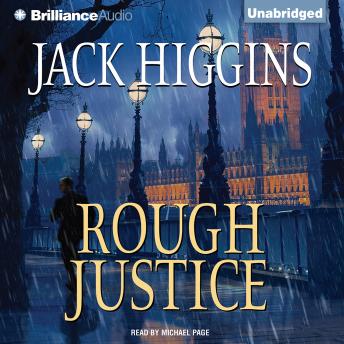 Dispatched by the President to report on the state of troubled Kosovo, his trusted agent Blake Johnson runs into a military man there named Harry Miller, who has the same task from the British Prime Minister. They band together just in time to stop a Russian officer from torching a mosque -- or rather, Miller stops him, with a bullet to the forehead. This action will have considerable consequences, not only for Miller and Johnson, and their associates, including Britain's Sean Dillon, but for a great many people, all the way to the top of the governments of the United States, Britain, and Russia. Death begets death, and revenge leads only to revenge, and before the chain reaction of events is done, from Kosovo to London to Beirut to Ireland to Moscow . . . there will be plenty of both. Filled with all the ingredients that have made him justly admired, Rough Justice is further proof that, in the words of the Associated Press, "When it comes to thriller writers, one name stands well above the crowd -- Jack Higgins."