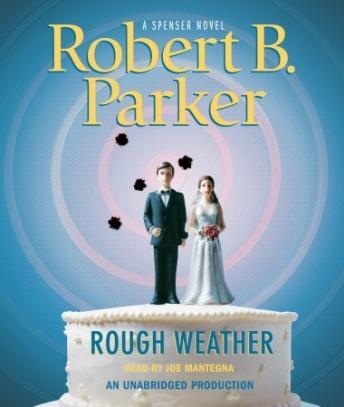 “Robert B. Parker is that rarity–a prolific author whose books are consistently original, suspenseful and fascinating. His crackling dialogue is always fresh and smart-alecky. You’re happily hooked before you know it.”-Forbes

Heidi Bradshaw is wealthy, beautiful, and well connected–and she needs Spenser’s help. In a most unlikely request, Heidi, a notorious gold digger recently separated from her latest husband, recruits the Boston P.I. to accompany her to her private island, Tashtego, for her daughter’s wedding. Spenser is unsure of what his role as personal bodyguard will entail, but he consents when it’s decided that he can bring his beloved Susan Silverman along.

It should be a straightforward job for Spenser: show up for appearances, have some drinks, and spend some quality time with Susan. Yet when his old nemesis Rugar–the Gray Man–arrives on Tashtego, Spenser realizes that something is amiss. With a hurricane-level storm brewing outside, the Gray Man jumps into action, firing fatal shots into the crowd of wedding guests and kid- napping the bride–but Spenser knows that the sloppy guns-for-hire abduction is not Rugar’s style. Unable to prevent the attack, Spenser will stop at nothing to recover the kidnapped bride and figure out how the Gray Man is connected. It’s up to Spenser to decide who the real enemy is . . . before more people end up dead.