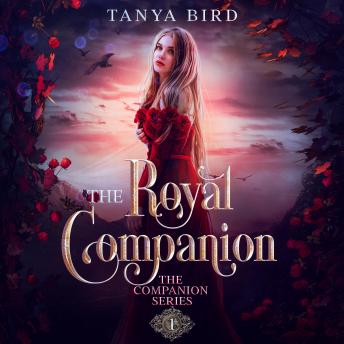 She is the gift he did not want. He is the prince she is forbidden to love.

Companions are the kingdom's most beautiful and educated women-possessions of Syrasan's royal men.

Aldara is sixteen when she is sold to the obnoxious crown prince as a gift for his brother. Forced to leave the only life she has ever known, Aldara is sent to Archdale Castle, where she is mentored to become Prince Tyron's perfect Companion. But no amount of lessons can prepare her for the troubled man marked by war. He sees straight through the polished exterior presented to him. He sees her. She must keep the facade together or deal with the repercussions.

Prince Tyron has just returned from war. All he wants is privacy to grieve the men who died at the border. So when his brother gifts him a Companion upon his return, he is forced to embrace a tradition he has so far managed to avoid. Except Aldara is not like the others. She walks with her face to the sun and arms swinging. Her laughter makes him forget the lie. But if they ignore the rules that safeguard them, there will be consequences...

This is book one in The Companion series. If you enjoy medieval romance that is out of this world, then this epic tale of love against all odds is for you.

Please note: This is part one of Tyron and Aldara's story