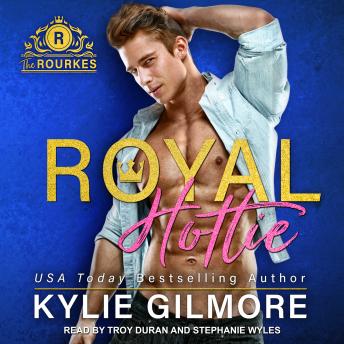 I never expected to be the prime target of a bachelor auction, compliments of my outrageous sister-in-law, the new queen. I don't care if the internet has turned me into a royal hottie meme, I am not a piece of meat. So when the first eager single woman arrives at the palace, I send her packing. Only the damn woman refuses to leave.

Why would I want to buy a date with an arrogant rude prince? I'm here to do a job, which I desperately need, and no delusional prince is going to stand in my way. Obviously, the 'royal hottie' believes the hype.

So how did I end up winning the top prize in a royal bachelor auction, and what will I do with him? I can't let myself fall for a playboy. Besides, we're heading in opposite directions. He's going on an international tour for a year or more, and I absolutely have to get back to the US. Only this prince is used to getting what he wants, and now he wants me.