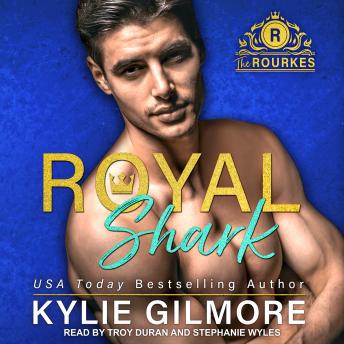 I'm a gentleman and a card shark, so taking the lead on the new upscale casino on Villroy is a natural fit. Except, after a month in operation, it's been proving to be more than one prince can handle. I need a right-hand man (or woman) to make this operation a success, and hundreds of jobs are counting on me.

And then my twin, Silvia, gets in touch about Sara, a girl we were close to as children when her family summered in Villroy. Ironically, at twelve, we swore a solemn vow to marry when we were twenty-five. We're now twenty-five. But that's not why Silvia contacted me. Turns out that Sara, like me, loves poker, but now she's in trouble, running a poker game in New York and upping the pot high enough to attract the wealthy underbelly of the city. Of course, I ride to the rescue with the perfect solution-a job, working for me.

Except the stubborn woman won't stop her game, won't leave New York, and won't leave her sister, who's all grown up. Now I find myself wanting her for more than just business, unable to leave her in such a dangerous situation. But my kingdom is counting on me to make the casino a success.

Something's got to give.