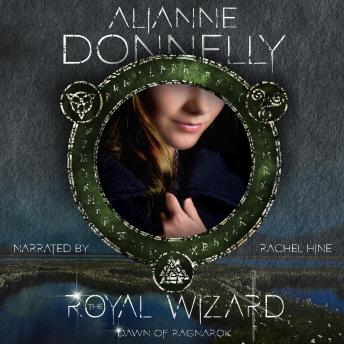 The kingdom of Wilderheim stands bastion between the world of humans and the Otherlands. It is ruled as much by people as it is by creatures Other and as such, it must always have a wizard at the right hand of its king. Nico has seen three generations of rulers sit the throne; he knows he will not see the fourth. Desperate to find a worthy apprentice, when Nia appears like a godsend in his path he wastes no time taking her under his wing as his last sworn duty to the young king Saeran.


But Nia and Saeran have many trials ahead of them. With destinies converging toward an inevitable battle for power, countless lives hang in the balance, including theirs. As love brings them together, so strife tears them apart and as the balance between justice and magic shifts, the royal wizard and her king get caught in a maelstrom of colliding forces. Nothing is ever as it seems with a trickster hiding in the shadows. When the gods begin to play, mortals tremble...

This title is due for release on August 30, 2018
We'll send you an email as soon as it is available!