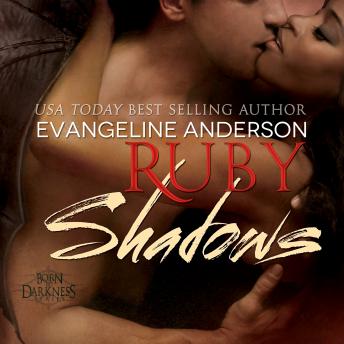 Nothing is for free when it comes to demons. Gwendolyn LaRoux finds this out the hard way when she summons Laish, a minor demon from the Shadow Lands to help her cook up a little black magic. Unfortunately black magic has a way of growing and soon Gwendolyn finds herself drowning in darkness. But when a creature from the Abyss enters our world and threatens her beloved grandmother, Gwendolyn has to admit she needs help-which means summoning the infuriating Laish.

Answering Gwendolyn's incantations in a moment of boredom was a mistake for a demon who keeps what little heart he has left under lock and key. Laish immediately fell for the Creole beauty with jade green eyes and creamy, cafe au lait skin and now he's determined to have her. And thanks to Gwendolyn's dilemma, the price just went up.

When it turns out that the intrepid witch must travel through the Shadow Lands and close the door she left open to the Pit, she knows at once she can't make the journey on her own. Of course Laish is more than willing to act as her escort and bodyguard . . . for a not-so-small fee. Gwendolyn doesn't want to use her body as a bargaining chip but the demon will accept no other form of currency. Because her grandmother's life is at stake, she has no choice.