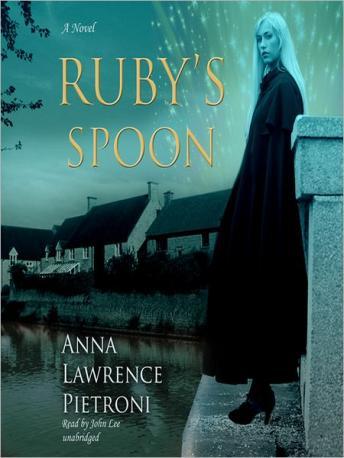 Cradle Cross in 1933 is a town in the heart of Black Country, England, still reeling from the Great War and dominated by a button factory in terminal decline. Into this exotically grim environment arrives a white-haired young woman from the coast named Isa Fly. Isa is a mysterious and magnetic presence who exerts a romantic pull on everyone she meets. Motherless, thirteen-year-old Ruby Tailor is instantly drawn to her, as is Captin, the proprietor of the local chip shop, a fifty-year-old bachelor and father figure to Ruby, and Truda Blick, the Oxford-educated spinster who's inherited the failing button factory. As the reasons for Isa's sudden appearance become less clear with each passing day, she is viewed with increasing suspicion by the tight-knit women of Cradle Cross who come to see her as the cause of the town's accelerating misfortunes and ultimately fear her as a witch.

Anna Lawrence Pietroni, in her fiction debut, captures for the first time the dialect of Black Country, and the effect is utterly mesmerizing. Cradle Cross is a town out of time'battered by war and yet linked to a distant past, an isolated pocket of the country whose customs and views have remained intact since medieval times, where talismans protect loved ones and rituals can help wring away the grief of loss.

Anna Lawrence Pietroni has created two uniquely alluring characters'Ruby and Isa'and spins a story that feels mythical or folkloric, that is driven by a mystery, throbs with tension, and ends in conflagration. Ruby's Spoon combines a gritty, hypervivid realism with the dreamlike richness of a fable.

'This enthralling, suspenseful debut novel'has the feel of a grim fairy tale...Of the many riches it offers, it is the winning lead character, a lonely teen brave enough to have a dream despite her impoverished circumstances, who will capture readers' hearts.''Booklist (starred review)